Inheriting a top seat without merit only invites ridicule from subjects

Writers employ different stylistic devices not only to deliver their message but also to make their work interesting.
Different writers use different styles depending on the message they want to pass across. In his play, Inheritance, David Mulwa uses different styles, among them wise sayings, irony and satire. This article will focus on satire.
SATIRE
This is a style in which the writer criticises and exposes a person’s or an institution’s vices and weakness in a humorous, ridiculous or exaggerated way.
In The Inheritance, Mulwa exposes the vices in Kutula colony by Lacuna and his government in a rather exaggerated manner.
King Lacuna abuses power and takes advantage of his position to exploit and oppress his subjects. He orders the killing of anyone who opposes his leadership.
He asks Juda Zen Melo to kill his brother Bengo who is an activist and a threat to his leadership.
When he refuses, he faces the consequences by being sacked and evicted from the government house and his car is taken away. He is also forced to sell his farm to Lacuna’s cronies for peanuts and the wife is forced to work in the same farm to make ends meet.
After many days of job searching, Juda gets a job as a machine operator in one of the silvers factories, but he is killed while operating the machine.
His leadership is also satirised when he uses money meant for the country’s economic growth for his own selfish gains.
He admits having bought himself an aircraft with loans advanced to him in the name of his subjects. It is ironical and unbelievable that he justifies that action by saying that he cannot be at the same level with his subjects and that he has to soar above them and their complaints and hatred.
To make matters worse, he deposits the remaining money in his own accounts in the same banks that lend the money. His is the highest level of impunity and when the financiers force him to pay the loans, he swears that he will make his subjects pay for him so that he remains in power.
Apart from embezzling funds, he is also corrupt and practices nepotism. The subjects are aware that for you to get a job, you must know or be of the king’s tribesmen; otherwise, getting a job will remain elusive.
Appointments are also made politically and those given the jobs must pledge their loyalty by giving a kick back and their positions will remain secure regardless of their performance. He collects 30 per cent of what the ministries get as a sign of their loyalty and in return their positions are guaranteed.
As a leader, Lacuna is expected to be sensitive and caring about the plight of his subjects, ensuring they are well taken care of and they are not suffering.
Instead, he does the exact opposite by threatening, blackmailing and intimidating them. He forces everyone to attend the commemoration of his father, declaring it a public holiday.
After the celebrations, he forces Lulu to entertain him and he swears to make her his second wife, with or without her consent. When she refuses to toe the line, she is detained in his palace for days and denied the opportunity to attend her father’s funeral.
He also orders the eviction of the natives from the valley to create room for foreigners to occupy it and make it productive for their own selfish gain.
All he cares about is the continued financial gains from the foreigners at the expense of the welfare his own people. He even orders drastic action to be taken against those who resist.
GREED FOR POWER
His greed for power is highly satirised. It is ridiculous that he takes his father’s life so that he can get to power. He colludes with the imperialists to poison his father so that he is installed the new king.
His avarice blinds him and he does not see the reason behind the apparent good gesture by the imperialist which is to dominate the colony and take full control of it. His gullibility cost both his father life and the country’s well-being and in the end he is also destroyed.
The imperialists are also satirised. Their despising and demeaning attitude towards the blacks is highly criticised. They treat the blacks with a lot of derision and look at them as people who are incapable of making any decision of their own.
They impose their rule on the people and take advantage of the fact that they have brought development in the land to blackmail and intimidate the leaders. When king Kutula refuses to bow to their demands, they eliminate him and put in place his covetous and rapacious son, whom they use to bring the country down.
IMPRACTICAL CONDITIONS
They put impractical conditions that the king must meet for them to continue funding the colony. Among them is to evict the natives from the valley so that they can occupy it, and make it productive by creating an inland lake to irrigate the entire basin.
By doing this, the citizens will be made homeless and they will be enslaved and they will live at the mercy of the foreigners who will benefit from the produce.
They impose labour laws that are oppressive to the people. Among them is to cut down on employment and quadruple production of the exports by making them work long hours and on lower wages.
It is laughable that the financiers justify such conditions in the name of helping the people. It is expected that the financiers would be sensitive and practical in their demands.
Others who are satirised include the king’s cronies like Chipande and the government officials who worship him an are ready to do anything to please him.
Students are challenged to explore other instances of satire in the play and other stylistic devices used by the author to address his issues. ~Source: DAILY NATION 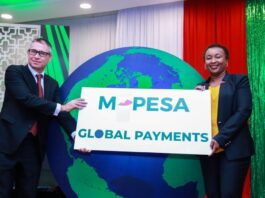 How to Use M-PESA Global

I NEED THE SUMMARY

what are the main characters of the brother of lacuna